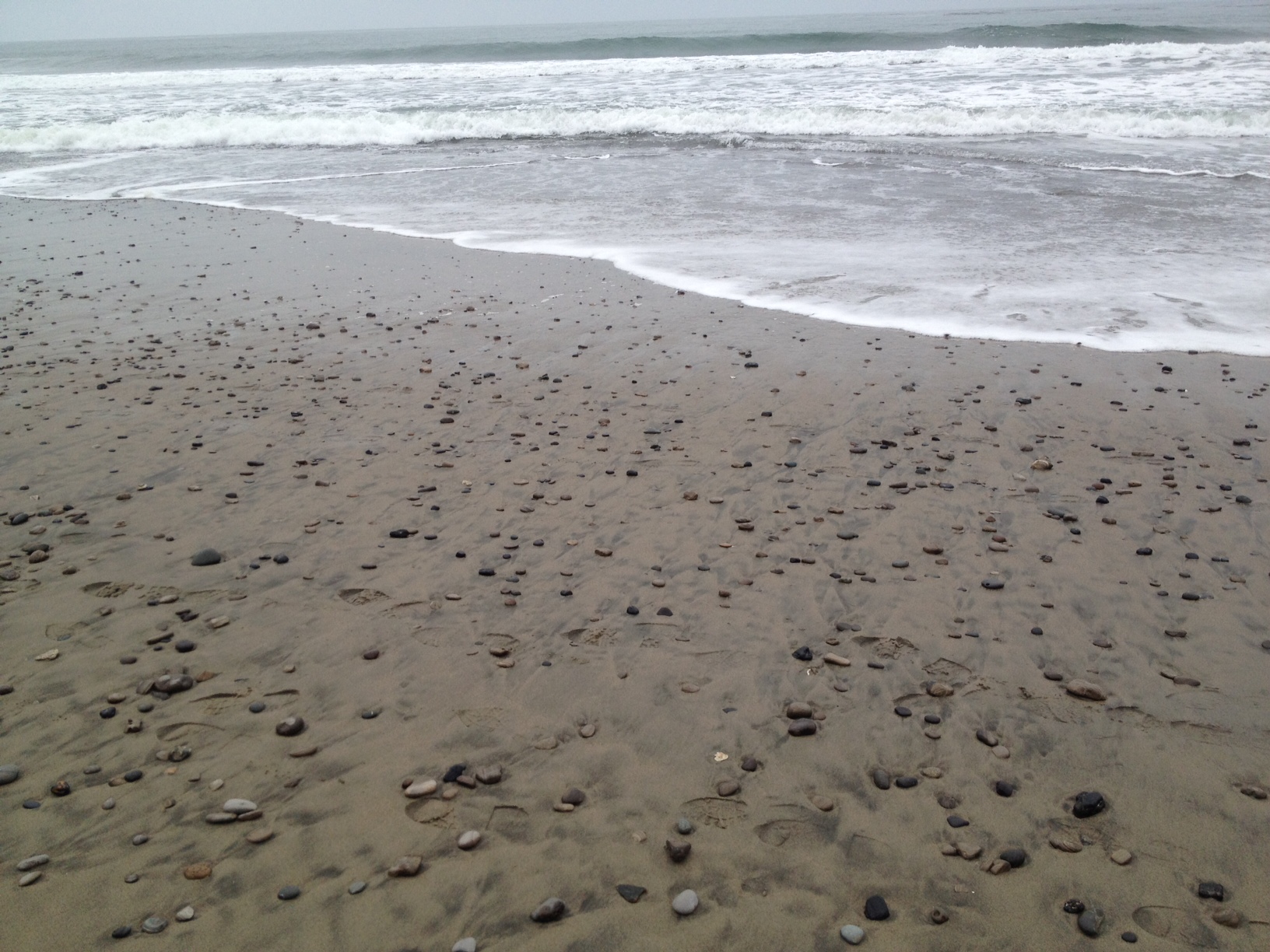 This weekend, I had the opportunity to join a group of Stanford students on a field trip to Ano Nuevo beach. The course, Earth Systems 56Q, is a course on “Changes in the Coastal Ocean” and Professors Robert  and Robyn Dunbar guided students through a hands-on exploration of the Frijoles fault line and the biological patterns of nearby elephant seals. I was thrilled to be invited on this trip and enjoyed the few hours we spent at Ano Nuevo. Take a look at the pictures I took during the trip and read some of the notes I made in the captions.

I learned a lot of this trip, absorbing information from the professors, from the students (who came prepared with facts about elephant seals and great white sharks), and from the beach itself. I felt the roughness of the rocks along the Frijoles fault line (the movement of the earth leads to a pebbly and striated rock formation), I heard the vocalizations of molting elephant seals, and I watched local researchers preparing to retrieve sonar equipment from an elephant seal across the bay. The combination of exploration of and appreciation for the coastal ecological system energized me, filling me with excitement for learning more and more. I’m pretty convinced…not much beats learning on the beach.