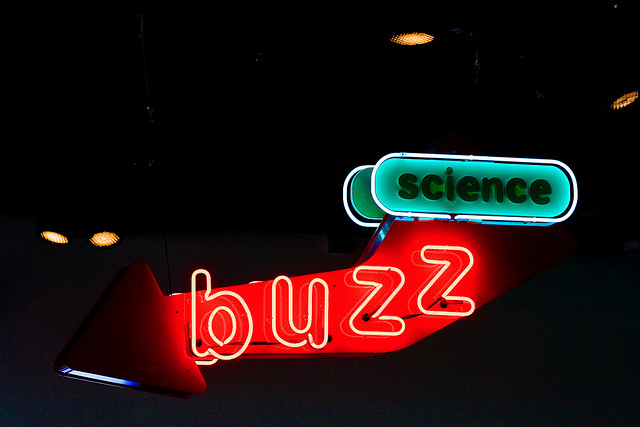 Over the weekend, I watched They Might Be Giants’ Here Comes Science DVD with my 2-year-old son. When a song about the scientific method came on, I realized that the concepts being taught in the video are ones that many of our college students struggle with. We may think that the scientific method is kids’ stuff, but too many students today don’t apply scientific thinking, analysis, or experimentation in their day-to-day lives or in the classroom.

Since I am teaching a scientific and information literacy Honors course in the spring (ask me about it sometime; it has a Mythbusters theme), I thought I would pull together 5 resources that may help students grapple with the scientific method. These resources are a starting point, of course, but you could use them to launch your course discussions on application of, drawbacks of, or alternatives to (yes, some people will argue against this) the scientific method.

If you have a great resource for teaching students about the scientific method, please share in the comments area below this post. Enjoy!

1. They Might Be Giants – Put it to the test

Let’s start with the simplest and most melodic of the bunch. They Might Be Giants have a whole slew of educational songs and videos on science, numbers, and letters. This video encourages viewers to “put it to the test,” using scientific methods. It’s fun…and pretty catchy!

UC Berkeley created this detailed visualization of how science works (you can click on various parts of the visualization). It may look like a complex chart at first, but there is a wealth of helpful information in this graphic. Don’t miss the interactive version of How Science Works!

5. Mythbusters –  Scientific methods lesson on the Moon Hoax and Reflectors

This video was put together by a teacher who wanted to use Mythbusters to teach scientific concepts to her students. You can find a lot of resources on the web and on Discovery Education’s website for teaching scientific literacy with Mythbusters. As a fan of the show, I love this approach to teaching the scientific method.

For more advanced discussions, have your students read Jonah Lehrer’s The Truth Wears Off which was published in The New Yorker in late December 2010. Also check this podcast, which features RadioLab host Robert Krulwich giving a graduation speech on the importance of science and being scrupulous about information.

I will leave you with this: Cognitive psychologist Jerome Bruner said that there is a significant difference between learning about science and learning to be a scientist. What would it take for you to let your students be scientists in your courses?

Just for kicks, I will share with you my son’s favorite They Might Be Giants song (it’s a toss-up between this song and the 7 Days of the Week song):