Several years ago, I began using a relatively new (at the time) service called Evernote. I was a big fan. Evernote calls itself a “personal digital assistant” and I think that’s a fair description. At its most basic, Evernote allows you to store images and text within notebooks that are accessible anywhere Evernote is installed. I primarily used it for clipping articles and artifacts on websites, keeping and accessing notes, and storing work-related images taken on my iPhone (e.g., a picture I snapped of some whiteboard work).

A couple of years ago, I stopped using Evernote. I partly replaced Evernote functionality with Google Docs, which allows me to store files and do online collaborative word processing. I also started using Diigo to save and share links easily. Some of the things I once did with Evernote (and later, Diigo), I started doing with Pinterest, particularly if images were involved. Evernote slowly became an unused application on my desktop and my iPhone.

1. Integration with iPad (and LiveScribe)

I have been trying out a variety of hand-writing and brainstorming apps for the iPad and I am drawn to apps that sync with Evernote. Right now, I am using Penultimate and Bamboo Paper, both of which sync with Evernote. This syncing feature has been very useful, particularly as I am able to open hand-written iPad notes on my desktop computer. I can hand-write notes on my iPad, collect them in organizational notebooks in Evernote, and tag notes as needed. Tagging allows me to collect notes from meetings in one notebook but cross-categorize those notes with tags that link them to other topics I am exploring. 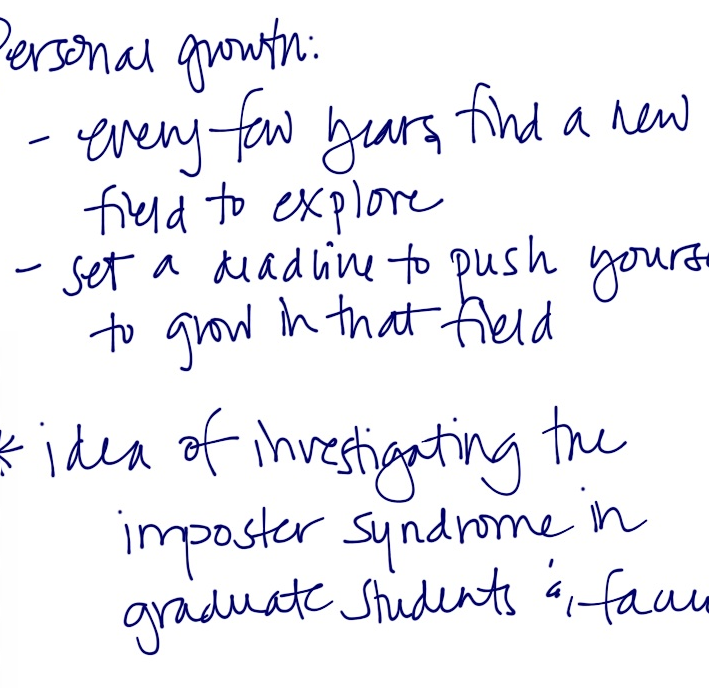 I am also interested in the LiveScribe integration with Evernote, though I do not own a LiveScribe pen. I can see applications for productivity, being able to easily import hand-written information with audio overlay, but I am still struggling with potential teaching and learning applications. I wonder if groups of students using LiveScribe with Evernote could easily aggregate, organize, and share information to facilitate group work. I welcome your thoughts on this.

Skitch is an enormously fun app for the iPad (also available as an app for any Mac device) that lets you annotate and sketch on top of images. I am using Skitch to mark up screen shots of digital commons websites and keeping an Evernote notebook of my annotations. I can envision many teaching and learning uses for Skitch + Evernote, including using Evernote to maintain a notebook of Skitch-annotated images, websites, and other visual resources for an online course. Now, if only we could get Evernote and Pinterest to integrate in some creative and useful way….

The Evernote Trunk was the greatest source of surprise and interest when I began playing around with Evernote again. The trunk is a repository of applications and resources that tie into Evernote in some way. I’m pretty interested in AudioMark, Explain Everything, StudyBlue, and Reeder for iPad/iPhone, each of which has excellent potential applications for teaching and learning. In fact, check out this recent ProfHacker article on Explain Everything for some practical tips on using that application for teaching and learning.

I also ran across a getting things done (GTD) approach built around Evernote. I  have not explored the method in-depth, but it’s worth a look. Check out The Secret Weapon website for more information.

How do you use Evernote? Please share your thoughts on Evernote and ways that you use that tool (and others) for productivity and for teaching/learning.

Note: EVERNOTE, the Evernote Elephant logo and REMEMBER EVERYTHING are trademarks of Evernote Corporation and used under a license.