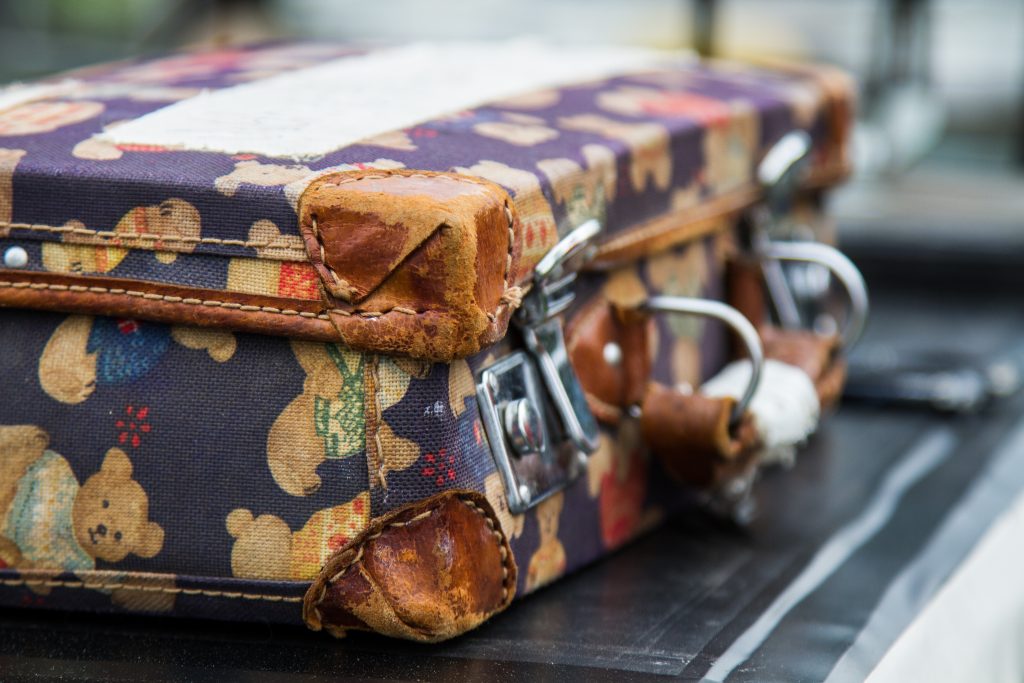 Domains 17 just ended and my brain is brimming with ideas and questions. I need to write, to process, but I’m a terribly slow writer. So rather than trying to do too much with this post,  I’m just going to write– put something out there– and walk away. I have to accept that this post might not actually *go* anywhere.

At Domains 17, two lovely people from Michigan State University, Kristen Mapes and Maddie Shellgren, presented about their work with faculty to use Domains to develop digital presence and public scholarship. They started with an activity developed by Donna Lanclos, Lawrie Phipps, and David White (**waves across the pond**) that asks people to “map” their technology use based on White & Cornu’s (2011) “Visitor” and “Resident” continuum. Here is an example of how David White mapped his technologies:

I did not follow the rules of the activity. Not because “look at me, I’m such a rule breaker,” but because I was immediately taken back to my dissertation research on Third Culture Kids. The Visitor-Resident framework sparked an emotional connection to my past (as a Third Culture Kid myself) and recollections of what I learned through analysis of Third Culture Kids’ stories. Third Culture Kids, if you’re unfamiliar with the term, are children who reside in host countries for a period of time during their formative years because of their family’s line of work (diplomacy, mission work, military, etc).

My dissertation was a narrative analysis of repatriation stories told by missionary kids, a subgroup of TCKs, who had returned to their home country to attend college. Their stories were sometimes sad, sometimes lonely and lost, sometimes ambivalent, sometimes hopeful. But overall, their stories showed that they did not feel a sense of full belonging to either their home or host cultures. The multiplicity of their cultural “residences” created a liminality in their identity and their sense of home (which is a concept I associate with belonging).

In my literature review, I drew from scarce studies on Third Culture Kids and a more ample set of studies on sojourners and immigrants. Pollock and Van Reken, who seem to be the most cited TCK scholars, provided a framework for exploring TCKs’ cultural identity struggles. Perhaps this is why I harkened back to my dissertation research when Maddie and Kristen had us do the Visitor-Resident activity. 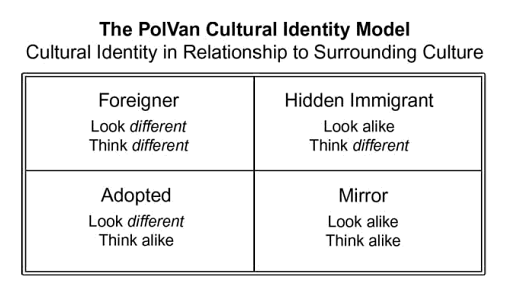 As I reflected on the activity Maddie and Kristen were asking us to complete, the term “hidden immigrant” kept coming to mind. That’s what we call TCKs… “hidden immigrants.” The term indicates that TCKs often look like they belong in their home country (rather, their parents’ home country) but they are culturally apart. I spent my childhood and adolescence in the “adopted” category–my physical appearance different from most Brazilians, while feeling very much like I was Brazilian. When I returned to the US, I was surprised by how different I was from other Americans. Culturally, I did not belong in the US. The TCKs/MKs in my dissertation study did not feel like they belonged in their home countries either.

I certainly appreciate the Visitor-Resident framework and agree that it is much more useful and accurate than Prensky’s Digital Native-Immigrant framework. But as I think about my experiences growing up as a TCK, I want to add more layers to the idea of residency. I have resided in the US for most of my life now and I still cannot claim it as home when people ask me, “where are you from?” (I usually shrug and say, “I don’t claim one place as home…” and stand there sheepishly while the other person decides what to make of that)

How might our V-R frameworks change if we start thinking beyond residency and into belonging? Into home? My sense is that Donna, Lawrie, and Dave are already thinking in those terms:

“The intent of our work, and the workshop, is not to identify those who are “More Resident” so as to claim that their practices are Best and then send their largely Visitor-centric colleagues over to Learn How To Do the Web Better.

Because the V&R workshop is not about Doing the Web Better.  The workshop is a way of visualizing practice, and in particular about making clear all the different ways in which the Web is a Place, a location for people to meet and interact and learn and leave and come back to.  A place where, as with any place that has people in it, individuals can do the social work that results in relationships, where intimacy can flourish even in the absence of face to face interaction.”

Donna Lanclos, People, Places, and Things. Why do Visitors and Residences Workshops?

How might our conceptions of digital citizenship and domain of one’s own be informed by belonging? Who are the hidden immigrants in our domains initiatives? Note to self, get back into Mike Caulfield’s writing about belonging.

I use the words kindred spirits intentionally. It’s an Anne term. Kindred spirits were the foundation for Anne’s survival in places and worlds where she never truly belonged. They were her anchor for belonging. When she did not “belong” in a place– culturally, physically, emotionally, intellectually– she belonged with her kindred spirits.

Maybe that’s also a term we need to bring into our conversations about domains, residency, and citizenship on the web.

“Kindred spirits are not so scarce as I used to think. It’s splendid to find out there are so many of them in the world.”